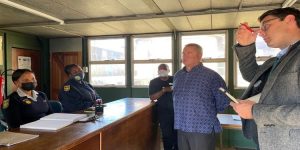 The Democratic Alliance (DA) says it’s almost a year after the July riots and police in KwaZulu-Natal are still not adequately prepared to respond to any possible future unrest.

“I have been putting in some parliamentary questions to determine the state of readiness of SAPS to respond and received a shocking response that over 50% of the public order policing units fleet in this province is not operational.

This means that the public order police is completely inadequately resourced to tackle violent unrest. And we’ve come to see for ourselves what is the state and situation at station level and I can tell you that the moral of police officers at station level is very very low, the condition of satellite police stations is awful.”