THE HEARTBEAT OF THE VAAL

“Hello and thank you for visiting our website. We hope you find what you are lookin for. Lekoa fm 91.0 is a Radio Station based in the heart of the Vaal Triangle, at Vereeniging Mark Park. We are the new beat of the Vaal and have been pumping positive vibes, news and education to our listeners for the past 3 years.” 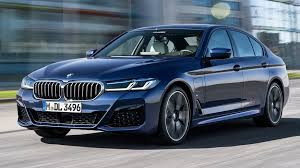 BMW 5 Series gets fresh look and new tech for 2020

Munich, Germany – BMW’s middle management executive sedan has been given a mid-life makeover just in time to take on the upgraded Mercedes E-Class that was announced recently. The 2020 BMW 5 Series gets design as well as technological enhancements, including upgraded engines and new driver assist features. As we’d expect from modern BMWs, the new 5 has a bigger grille, but designers haven’t gone overboard like they did with the 7 Series facelift and the new midsized sedan is […] 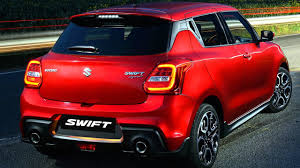 Shizuoka, Japan – Suzuki’s Swift has been given a facelift in its Japanese home market, with other global markets likely to follow suit in the coming months. South Africa’s Swift hatchbacks are sourced from Maruti Suzuki in India, which is also likely to announce a facelift shortly, and sources indicate that these models could also receive a mechanical upgrade. The design changes are subtle, with the Japanese model receiving a new grille, with a honeycomb pattern and new horizontal chrome […] 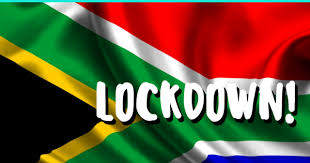 The country has made a progress to move to Level 3 but sporting activities are still stuck in Level 5. 3 hours ago As the result sports people football people, in particular, are frustrated. For example, everyone waited in anticipation for the Premier Soccer League (PSL) to resume. However, this will likely to happen only after SAFA task team submitted a report about the state of readiness for football to restart in this country. SAFA in conjunction with Premier Soccer […]

Gabola Church welcomes the sale of alcohol on Level 3

” They ‘baptize’ their members with alcohol of their choice and believe that alcohol is holly water.” Pope Tsietsi Makiti, founder and leader of Gabola Church of All Nations is delighted that alcohol will be sold on Level 3. Photo: Facebook SEDIBENG. – The founder of the Gabola Church for All Nations, Pope Tsietsi Makiti, has said that he is relieved to hear that alcohol will be available at liquor outlets throughout the country from Monday. Makiti and his followers […]

“Mr Reggie Banda is born and bred in the vaal triangle at the kasie called zone 14 sebokeng and blessed with 03 kids and supported by the most adorable; loving friend and Wife keke B.
Recognisable for being the Lekoa Fm Station Manager;under the organization of Lekoa Mult-Media and Communication Development Canter.”

Download our application on the Android Platform to enjoy listen to station wherever you are!