This follows Monday night’s signing of the deal by the majority unions in the Public Service Coordinating Bargaining Council following months of eventful negotiations. 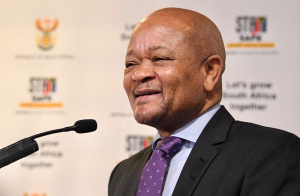 In a statement, the minister has stressed the difficult conditions during which the negotiations took place while acknowledging the sacrifices made by government and labour negotiators.

This follows Monday night’s signing of the deal by the majority unions in the Public Service Coordinating Bargaining Council following months of eventful negotiations.

From the very first hiccup in the negotiations, Minister Senzo Mchunu labeled the talks as the most difficult yet. This was due to increased pressure on the government to cut the wage bill with the Treasury resolving to make an initial offer of 0% during the negotiations, which got off the ground in the first quarter of the year.

However, months later, the government caved as workers also compromised on their demand of 7% wage increases. Public servants will receive 1.5% pay progression increases for those qualifying and across the board cash allowance payments of over R1,000 for a year.

“It’s good news under the circumstances because workers did not enjoy increases in 2020. So it’s really good news, but it didn’t come cheap,” said Mugwena Maluleke, who was Cosatu’s joint mandating committee chairperson.

The government and trade unions that signed the agreement are expected to outline the intricacies of the deal which is believed to cost the state R27 billion.

for more info on the story, visit EyeWitnessNews