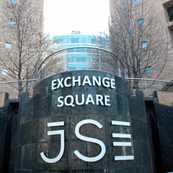 TWO WEEKS ago I referred to the commodity super cycle that is under way. The stock prices of most resources companies have followed commodity prices on the way up.

The big question I asked myself is where I can find value in the resources sector.

The index is based on market capitalisation and the weightings are recalculated at the end of each quarter. Coal-related mining companies were excluded, though.

My analysis indicates that the Junior Miners Index currently appears to have priced in the surge in metals prices after bottoming at the height of the financial crisis caused by the coronavirus outbreak in March last year.

The junior miners also tend to outperform the JSE Resources Index during bull markets in metals and under perform during bear markets.

Orion Minerals sticks out as a sore thumb, though. It is probably the only listed mining exploration company on the JSE and has underperformed the Junior Mining Index since August 2018.

The Australian company’s primary listing is on the Australian Securities Exchange with a secondary listing on the JSE and its focus is on exploring and developing base metals deposits in South Africa and Australia.

Orion’s flagship is the Prieska Copper-Zinc Project which they acquired in 2017. The mine was previously owned by Anglovaal and the decision to close the mine in 1991 was inter alia due to technical considerations.

After extensive drilling and the completion of all required permitting, the mine is “shovel-ready” and is likely to come into production in 2024.

The estimated life of the mine is at least 12 years, and the estimated post-tax net present value of free cash flows is A$552 million or more than R6 billion. The peak funding requirement is estimated to be about A$413m or R4.5bn and the capital payback in less than three years.

Orion recently raised enough capital to progress the “shovel-ready” Prieska Project to a final investment decision in the second half of this year.

The funding of the Prieska Project will be through debt and equity. Orion believes that by “engaging the right partner at Prieska could help us deliver an integrated funding and development package that will minimise dilution for shareholders.”

A due diligence is under way and if the option is exercised later this year, existing services and infrastructure could see production taking off in the next 18 to 24 months.

This project could add significant value to Orion shareholders.

I agree with Orion’s chairperson, Denis Waddell that “the Prieska and Okiep Projects will transform Orion Minerals into a leading international base metal producer over the next few years with an enviable exploration portfolio that will underpin a truly exciting future.” Investing in Orion does not come without risk though.

Furthermore, the company, as in the case of other mining companies in South Africa, is vulnerable to changes in labour laws, foreign exchange restrictions, a change in law affecting foreign ownership, currency fluctuations, royalties and tax increases.

It is, however, virtually impossible to use traditional ratios such as price-to-earnings to value a mining exploration company. It all depends on what Mr Market is prepared to pay.

I do think that Orion’s market capitalisation of R1.7bn at last Friday’s close of R0.44 per share has factored in most of the risks, especially with the Prieska Project’s net present value of R6bn or about R4bn if the BEE is taken into account.

In Greek mythology, the hunter Orion was the most handsome of men. Is Orion Minerals the most attractive resources stock?

Ryk de Klerk is analyst-at-large. Contact rdek@iafrica.com. His views expressed above are his own. He has a direct interest in Orion. You should consult your broker and/or investment advisor for advice. Past performance is no guarantee of future results.

For more on the story, visit IOL