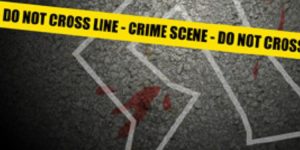 Three women have been shot and killed and two children injured during a shooting at L section in Umlazi, south of Durban.

It’s alleged the sisters were at home on Wednesday night when an unknown suspect entered two rooms in an informal settlement and opened fire.

The children were taken to hospital.

The mother of the three women, Jingeni Mkhize, says the whole family is devastated by what happened..

She says, “Oh my children, not even one survived. I feel like dying myself. I can’t even talk, I’m so distraught. My children don’t drink, they don’t smoke, they are so quiet even when you approach and talk to them they’d always laugh or smile. I don’t know what happened. We’re still in shock the rest of the family has closed themselves inside the house because they are scared because if gunshots are fired you become very scared.”