A warning about potentially severe thunderstorms, which could lead to flooding and damaged infrastructure, has been issued for parts of the Western and Northern Cape for late on Thursday. 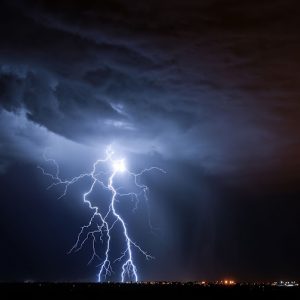 “The Saws projects between 20 to 30mm, strong gusty winds, severe lightning and large amounts of small hail may be expected.”

Bredell said on Thursday that regions expected to be affected included some of the most drought-stricken parts of the province.

“We hope to see the good rains provide some welcome relief in this regard but must warn the public about the high likelihood of severe disruptions due to the severity of the storm,” he said.

Saws warned about possible localised damage to infrastructure and settlements and short-term disruption to essential services.

“Localised flooding/flash flooding of susceptible roads, low-lying areas and bridges, including mountain passes such as Meiringspoort pass, due to heavy downpours may occur,” said Bredell’s office.

“We urge the public to use extreme caution when travelling around the affected regions for the next two days as conditions may be hazardous and to avoid being outdoors as much as possible.”