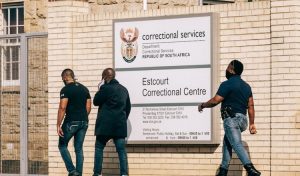 Disgusting, and a mockery of South African law, is how some of the country’s opposition parties, are reacting to the news, that Jacob Zuma’s being released on medical parole.

Many believe it’s a case of history repeating itself, with Zuma joining his former financial advisor, Shabir Shaik on medical parole.

The Congress of the People are calling Zuma’s release “preferential treatment and abuse of power”.

While the DA says the move is nothing short of being entirely unlawful.

The official opposition suspects that Zuma loyalist, Arthur Fraser, who is now the Correctional Services Commissioner, signed off on Zuma’s release.

Vaccines must become mandatory in some sectors: Karrim