The ANC president said that they wanted to build better communities so that people could enjoy better quality lives. 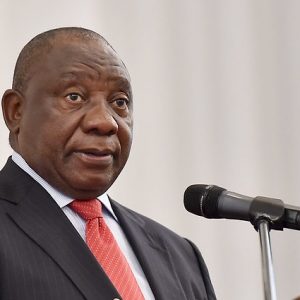 With Khayelitsha residents pleading for better services, African National Congress (ANC) president Cyril Ramaphosa has promised that the party is on a renewed path to deliver better quality services to all South Africans.

Ramaphosa visited Western Cape communities on Thursday ahead of the upcoming 1 November polls, emphasising that the party was busy fixing poorly-run municipalities.

Khayelitsha residents want the ANC to step up and provide them with better basic services.

The ANC president said that they wanted to build better communities so that people could enjoy better quality lives.

“We want to fix our municipalities,” Ramaphosa said.

In Mamre, residents called for more opportunities to develop the youth, among other issues.

“They must build houses for our young children who’ve been waiting for houses long time ago,” a resident said.

Some residents said that they were unsure who to vote for but urged those who would take over the reins at ward level to regularly interact with communities, not only come election time.