The Department of Defence and Military Veterans was expected to brief the media on Friday morning after Defence Minister Thandi Modise, her deputy Thabang Makwetla alongside Minister in the Presidency Mondli Gungubele, were held hostage by disgruntled military veterans on Thursday night. 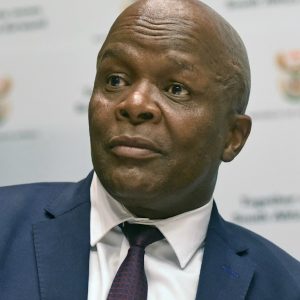 It emerged that talks between the Presidential Task Team and the ex-combatants broke down, and both parties could not reach an agreement.

The drama reportedly unfolded at the St George’s Hotel near Irene in Gauteng, with members refusing to release the officials until their demands were met – this includes a meeting with President Cyril Ramaphosa.

This event follows a sit-in protest by the irate veterans at the ANC’s Luthuli House headquarters earlier this week.

Detailing what transpired, Gungubele said they were about to leave the meeting when all the doors were closed by some of the military veterans.

“It is at that point we realised we were being held hostage. It is a situation that was averted by the security forces very effectively and successfully. We want to thank Minister Bheki Cele and all security forces and whatever branch was involved for a prompt and timeous intervention. We expect the law to follow its course in dealing with the behaviour of this nature,” he said.

Earlier in the week, it was reported that Deputy President David Mabuza was set to meet the veterans to discuss their grievances.

The military veterans, who had staged a protest at Luthuli House, were from Azapo, PAC and the ANC.

“At 19:15, police received reports of a hostage situation at St George’s Hotel. They have been charged with three counts of kidnapping. What I do know is that the three ministers who were whisked away by the protectors, did not need medical attention. I don’t know where they are,” said Naidoo.

He did not divulge where the minister’s protectors were during the hostage drama.

“Three suspects were treated after complaining about pain. One complained about an injury. We are not sure how they got injured. This was a pre-planned meeting. I think what the police have done is extremely commendable. They contained a situation that might have been out of hand,” he said.

Naidoo said there were no shots fired, and three officials were rescued from the hostage situation.

He said investigations would be conducted.

The suspects will face charges of kidnapping.