Clement Manyathela speaks to the leaders of Sasco, SAUS and EFF Student Command about the importance of student leadership in shaping SA. 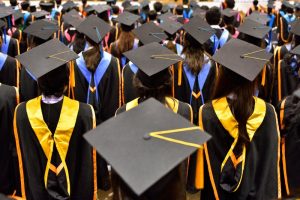 Education and opportunity seem to be the heart of their argument as they discuss the incongruency experienced between the two.

Logically a higher education should equate to an increase in opportunity leading to employment for those who have completed tertiary education.

With the unemployment rate for the country’s youth being an incredibly disheartening 32.6% in 2021 according to Stats SA, do degrees and tertiary qualifications mean anything anymore?

This is difficult to answer but statistics show that a degree does not an employed youth make.

Further, there is the argument of the proficiency of our government in providing the youth with employment opportunities and job creation – and that, arguably, does not seem to be changing.

Not only is our government failing the youth of South Africa, but so is the Department of Education, they argue, with the public education system disadvantaging the youth from as early as the primary school level.

It is clear that graduates have the skills but not the opportunities.