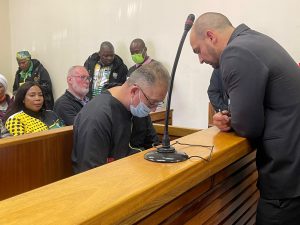 Emotions are running high outside the Groblersdal magistrate’s court where Corrie Pretorius is applying for bail. He’s accused of viciously assaulting a local teenager in what’s being seen as a racially-motivated act.

Corrie Pretorius has been denied bail for allegedly assaulting and pointing a gun at a 16-year-old.

This was caught on camera and went viral.The Groblersdal magistrate’s court ruled he should remain behind bars until his next appearance.