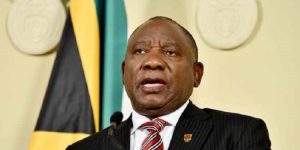 President Cyril Ramaphosa has announced that government has concluded the auction of high-demand spectrum for mobile telecommunications.

He says this will prove a significant milestone in growing and transforming the economy.

In his weekly newsletter released on Tuesday, Ramaphosa says the licencing of the spectrum is one of the major reforms that government is implementing to modernise and transform key network industries such as energy, telecommunications, transport and water provision.

The President adds that there has been much progress in creating new opportunities for investment in electricity generation, freight rail and ports, and in improving the management and quality of the country’s water resources.