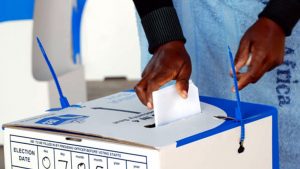 More than 26 million voters are expected to cast their ballots in the sixth democratic Municipal Elections.

The Electoral Code of Conduct Observer Commission (ECCOC) is calling for tolerance, respect and responsible voting as the Municipal Elections kick off on Monday morning.

More than 26 million voters are expected to cast their ballots in the sixth democratic Municipal Elections. It will be the first time that South Africa goes to the polls under lockdown and during a pandemic.

“To the political leaders and representatives, my hope and prayer is that you act responsibly and with reverence to the process and that the electorate must choose wisely and not only exercising their right to vote but hold those they have voted (for) to account in term of delivering of much-needed services on the ground.  I pray for tolerance and respect and I hope that once the IEC announced the outcomes as free and fair, that all will remember that we are on the same side South Africa and one South Africa. We will accept the outcomes and move on the process of building this democracy,” says Makgoba.

More than 300 voting station hotspots have been identified across the country where law enforcement agencies will be deployed.

For more info on the story, visit the SABCNEWS