The Democratic Alliance (DA) also believes there were clear warning signs of such a disaster before the blaze broke out on Sunday morning. 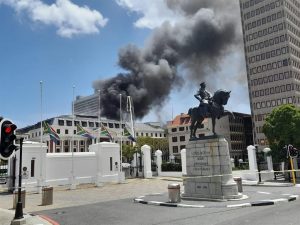 Gwarube said that De Lille’s department was aware that certain security protective measures were not sufficient.

The party also believes that there were clear warning signs of such a disaster before the blaze broke out on Sunday morning.

Steenhuisen has now called for Tuesday’s Zondo Commission report to urgently be tabled and for Parliament to not be delayed in continuing with their work.

“I want to make this very, very clear, it is absolutely important that the people’s business is not derailed by the tragic events of the last few days,” Steenhuisen said.

For more info on the news, visit EyeWitnessNews