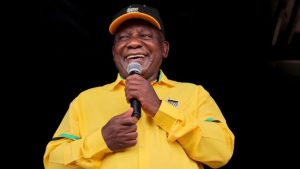 African National Congress top leaders are spending the week in Limpopo, building up to the party’s 110th birthday celebrations.

There’s some hive of activity in Polokwane on Wednesday morning and those scenes are expected to cut across the Limpopo province.

The main reason for these visits is to let the people of Limpopo know that, the governing party will be celebrating its birthday in Polokwane.

What has become known as the January 8th statement will be delivered by the ANC President at Peter Mokaba Stadium on Saturday.

But the ANC has emphasized that on Saturday, during the delivery of what is known as the January 8th statement, COVID-19 protocols will be observed.