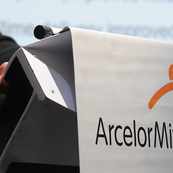 Shares in ArcelorMittal South Africa (Amsa) surged 16 percent on the JSE on Friday as the market digested the overview of progress made in its new business model published in its 2020 integrated annual report a day earlier. Picture: Karen Sandison/African News Agency(ANA)

JOHANNESBURG – SHARES in ArcelorMittal South Africa (Amsa), the ailing steel producer, surged 16 percent on the JSE on Friday as the market digested the overview of progress made in its new business model published in its 2020 integrated annual report a day earlier.

The group’s share price peaked by 16 percent in early trade on Friday to close the session 5.29 percent higher at R4.18 a share.

Although the stock is trading lower than it was five years ago, it has reached more than 298 percent higher in the year to date, lifted by optimism of steel in key markets up to the third quarter of 2021.

Chief executive Kobus Verster said in the annual report that OneOrganisation, the new model aimed at simplifying the business had been key in right-sizing the company to better optimise its assets, to combat the negative and to decisively leverage the positive.

“From a fixation on risk, we are now at last in a position to focus on opportunity,” Verster said.

Amsa placed Saldanha Works under care and maintenance, which led to successive waves of retrenchments, while employees were asked to take substantial pay cuts, as a result of the company’s dire straits due to the Covid-19 pandemic.

Own-employee workforce was reduced from 8 379 in December 2019 to 6 622 by December 2020 through a combination of natural attrition, voluntary exits and, where unavoidable, forced retrenchments as part of section 189 processes in accordance with the Labour Relations Act.

Verster said in 2020 the group had confronted uncertainties and threats to its very survival, which very few steel makers across the world had ever contemplated.

“Amsa’s financial fortunes were so tenuous that its sustainability was being questioned by some of our most important stakeholders,” he said.

“The situation was so severe that this great company ceased production for the first time in more than 90 years,” said the report.

The annual report said due to the Covid-19 pandemic, remuneration of bargaining unit employees was reduced by 45 percent from April to June, 25 percent from July to October and 10 percent in November and December. Normal salary levels were reintroduced in January 2021.

Verster had taken a total pay reduction to R8.7 million from R10m a year earlier, said the annual report.

Verster’s salary included a R6m cash salary, a R131 183 retirement benefit, a R1.6m towards a retention bonus, Unemployment Insurance Fund, Covid-19 Temporary Relief Scheme/ UIF Ters, as well as R54 576 in other payments down from a total pay of R10m a year earlier.

The company said it was co-operating fully with the investigation and inquiries made by relevant authorities into the accident in which three employees died in February.

Amsa which had appointed a senior independent legal expert to chair an inquiry committee, said that an inquiry process into the accident was still ongoing and it would be prejudicial to the committee’s deliberations to speculate on details of the incident including possible causes.

For more info on the story, visit iol