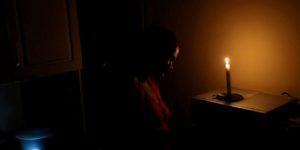 Eskom has warned that rolling blackouts may be escalated further due to a shortage in generation capacity.

Stage Two has been implemented from 10am on Wednesday morning until midnight.

The power utility says Stage Two will thereafter resume at 5am on Thursday morning until midnight on Sunday.

Eskom’s spokesperson Sikonathi Mantshantsha says, “Due to the breakdown of four generation units this morning contributing to the capacity constraints, Eskom regrets to announce that Stage 2 load shedding will be implemented from 10:00 until midnight.”

“Starting tomorrow until Sunday night, Stage 2 load shedding will be implemented from 05:00 until midnight. There is a likelihood that the stage of load shedding might need to be increased during the evening peaks.”

JOBURG BUSINESSES LOSE OUT ON PROFIT DUE TO LOAD SHEDDING

Inflation rises to its highest level in five years