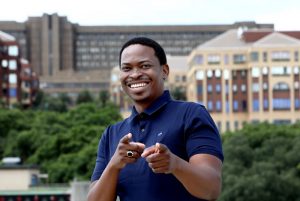 ActionSA senate member Bongani Baloyi has given EFF leader Julius Malema props for creating space for himself after leaving the ANC.

Taking to social media, Baloyi encouraged young people not to fear leaving their political party for another.

“Your life doesn’t end when you leave. I mean Julius Malema showed us at least in this generation that you can create a space for yourself elsewhere. At the end of the day it’s your life,” he said.

Malema was ANC Youth League president until 2012 when he was given the boot from the party for breaching its rules. He formed the EFF in 2013.

Lambda variant has not been detected in SA: NICD

No indication yet of tightening COVID-19 lockdown regulations: Mkhize