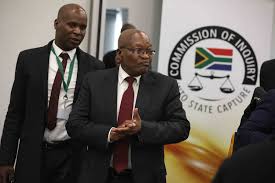 The commission resumed its work on Tuesday with an application to summons Zuma.

READ: Zuma on the agenda at Zondo Commission

Judge Raymond Zondo has reluctantly accepted an offer by Zuma’s legal team to meet with his medical staff.

“From what I’ve been told in the affidavit, what he’s offering me to see may reveal his illness.

READ: Zondo Commission to hear whether Zuma should appear

“I have some discomfort with having to see anybody’s information on anybody’s illness,” Zondo said.

“I am not saying that I will not, but I just want everybody to know that it’s not something I’m willing to do without any discomfort.”