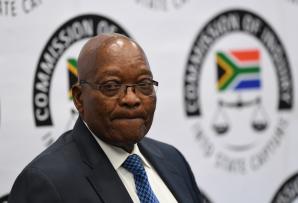 The former president returned to South Africa from Cuba on Saturday after receiving medical treatment there.

DURBAN – He may have been too sick to appear in court, but Jacob Zuma might be attending the opening of the KwaZulu-Natal legislature.

The former president returned to South Africa from Cuba on Saturday after receiving medical treatment there.

Zuma’s expected attendance at the State of the Province Address has been confirmed by the Speaker – provided he’s in good health, of course.

Last year, there was a commotion during the opening of the legislature.

Some members protested against the presence of Zuma, and now it’s expected he could return.

“We have received confirmation from the office of the premier that former president Zuma, health allowing, will be attending,” said Nontembeko Boyce, KZN Legislature Speaker.

This year’s State of the Province Address is expected to cost taxpayers much less.

As usual, the event is set to take place across two days.

The first day will be addressed by Zulu King Goodwill Zwelithini while Premier Sihle Zikalala will speak on the second.

The event will take place on the 3rd and 4th of March.