WATCH: Khanyi Mbau shows how to really fly in a private jet 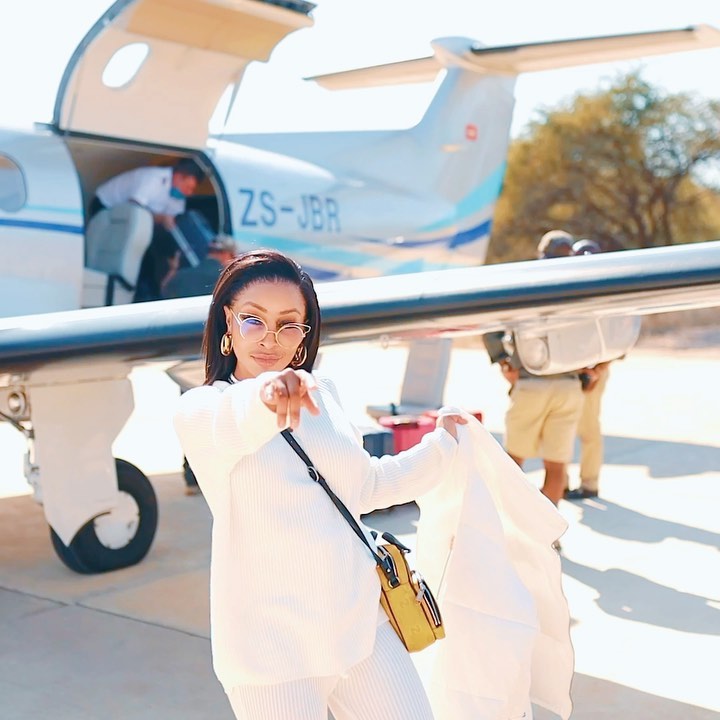 If the latest challenge is to see who looks better flying in a private jet, we will have to leave that challenge to Mzansi’s celebrities.

Last week social media influencer Mihlali Ndamase posted a video of herself walking next to a private jet with the caption “This is how I pull up baby”.

While many questioned whether she actually flew in the jet or not, the post went viral, with more than 2.2 million views on Twitter.

Following her post, media personality Khanyi Mbau posted a video of herself walking out of a private jet that just landed.

Known for being spicy, Khanyi tagged Mihlali in the post saying “is this correct doll”.

The “Red Room” star did not stop there.

She later posted another video of herself boarding a private jet. In the video, she is seen dancing to Burna Boy’s “Ye” while boarding the private jet as it is loaded with luggage.

For the rest of the article, visit iol