Villa out of relegation zone as Trezeguet sinks Arsenal 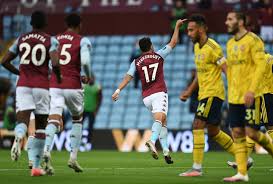 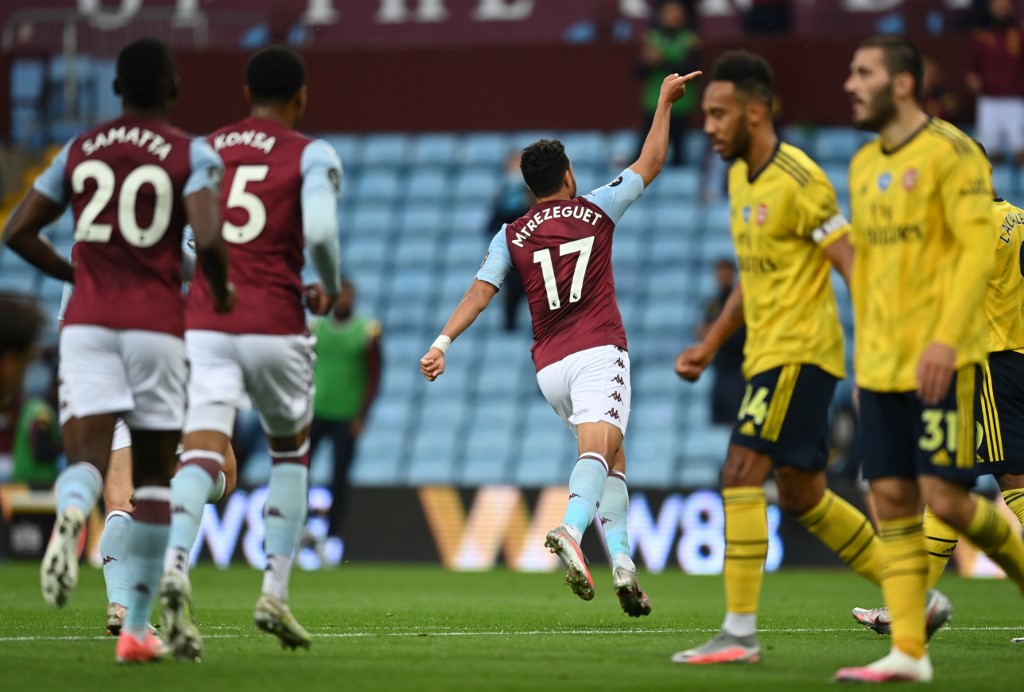 BIRMINGHAM- Dean Smith urged Aston Villa to finish the job after they climbed out of the Premier League relegation zone as Trezeguet clinched a priceless 1-0 win against Arsenal on Tuesday.

Smith’s side have their survival fate in their own hands after the Egypt winger’s first-half strike at Villa Park.

Watford’s 4-0 thrashing against Manchester City earlier on Tuesday had opened the door for Villa to escape the bottom three.

And Villa seized their chance with a first home Premier League win over Arsenal in 18 attempts dating back to 1998.

Villa are now fourth bottom and have moved ahead of third-bottom Watford on goal difference, with Smith’s men on -26 compared to the Hornets’ -27.

They head to West Ham for their final game of the season on Sunday, while Watford visit Arsenal and second-bottom Bournemouth, three points from safety, travel to Everton.

There are a multitude of permutations that could decide relegation, but Villa will be safe if they can better Watford’s result on what is certain to be a dramatic finale.

If Villa and Watford both win, goal difference or goals scored will decide who goes down.

“It is a big boost, that’s for sure. We knew we had to get that win to catch Watford and now we have got the season in our own hands,” Smith said.

“That’s all you can ask going into the last game. It was a great performance and an even better result against a good team who just beat two of the best teams in Europe.

“We have taken the season to the last day. Watford can go and win at Arsenal so we have to make sure we win at West Ham.”

Having secured an FA Cup final place by beating Manchester City on Saturday, Gunners boss Mikel Arteta made six changes and Arsenal looked a shadow of the team who impressed at Wembley.

“Emotionally and physically it’s been a very demanding week but I saw a team who wanted to fight until the end,” Arteta insisted.

Arsenal cannot finish higher than eighth and must win the FA Cup final against Chelsea to qualify for next season’s Europa League.

For all the positive signs since Arteta took charge in December, Arsenal will suffer their worst Premier League finish since 1995.

“It tells you the gap doesn’t lie. We have to make that smaller and smaller,” Arteta said.

“I know where we are in certain areas and where we need to improve. We will get that.”

A plane trailing a banner reading “Back Arteta Kroenke Out” was flown over Villa Park during the match, but Arteta pleaded with Arsenal fans to trust he has the support of the US-based owner.

“The Kroenkes and the board and the sporting director, I have their full backing. I have that 100 percent. The fans have to believe what I’m saying,” Arteta added.

Arsenal’s long-standing weakness at set-pieces reared its head again as Villa snatched the lead in the 27th minute.

Trezeguet has been Villa’s savour as the stakes have got higher and his vital goal followed his brace in the victory against Crystal Palace nine days earlier.

Jack Grealish, strongly linked with a close-season move, was captaining Villa in what could have been his last home game with the club he supported as a boy.

Asked after the match about his future, Grealish said: “I’m not too sure at the moment. I have one aim and that’s to keep Villa in the Premier League. That’s all I’m thinking about.”

Arsenal were better in the second half but Bukayo Saka blazed over from a good position 12 yards out.

With the tension mounting, Villa rode their luck when Eddie Nketiah’s glancing header hit the post and bounced back into Pepe Reina’s hands.