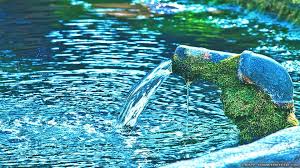 The state of the Vaal River is said to be deteriorating. Courtesy #Dstv403

JOHANNESBURG – The state of the Vaal River is said to be deteriorating.

Almost a year since the South African National Defence Force was deployed to deal with contamination in the area, the problem persists.

The Vaal River Rehabilitation project was put on hold in June and that has worsened the river’s contamination.

At least R350-million was set aside for the project.

Malcolm Plant, the chairperson of Save The Vaal, says the situation has gotten worse over the past 18 months.

“As Save The Vaal organization, we are currently fighting all the necessary departments including the Department of Water and Sanitation, the premier and Cogta to come to the party to the party and get the necessary funds to come and repair what is needed to bring the problem back to normal.”

Department of Water and Sanitation spokesperson Sputnik Ratau says the SANDF has not abandoned the project but government has secured the services of ERWAT, which is a wastewater utility service of government.

He says ERWAT will take over where SANDF has left of.

“The SANDF has done a lot of work but they don’t have the necessary capacity that ERWAT have,” Ratau said.

The South African Defence Force has been unable to work on the contaminated Vaal dam in the last few months due to financial constraints. Courtesy #DStv403