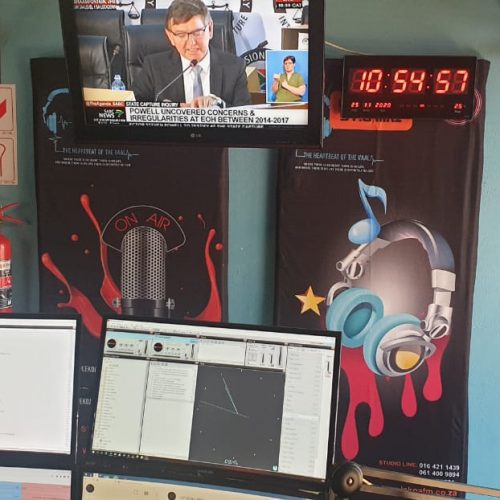 With summer season right on the doorstep, many South Africans are consolidating their travelling plans, with some planning beach holidays while for others this will be time to reconnect with families in their home provinces.

But the country’s leading epidemiologist and infectious diseases specialist, Prof Salim Abdool Karim, has cautioned that interprovincial holidaying may not be a good idea as it may increase the risk of a second wave of the Covid-19 pandemic.

In an interview with Stephen Grootes on SAfm on Monday on whether travelling during the December holidays could result in a surge of new infections, the chairperson of the Covid-19 ministerial advisory committee said travelling should be limited on “local scale” due to the risk it posed.

“The idea that we can do things at a national level without substantial harm in terms of the negative effects is quite limited. I think we will have to look for much more local adventures. Whether that involves the closing of provincial borders, we have to tell.

Abdool Karim said three factors — complacency, mass gatherings and the relaxation of travel restrictions — had been responsible for the emergence of the second waves in various European countries, Asia and the US.

He warned that complacency in SA, such as the abandonment of social distancing and wearing of masks, could play a major role in a spike in Covid-19 cases. He said the recent cases linked to a Cape Town pub, Tin Roof, and a party at Fort Hare university are indicative of this.

About 90 new infections that had been identified in Cape Town’s southern suburbs, mainly among matric pupils, had been linked to a large gathering at the Claremont nightclub.

Even though the bar has distanced itself from the allegations that it had a crowded party, Western Cape premier Alan Winde has since launched an investigation after preliminary data that indicated that of the 63 cases detected among young people in the area, most had animated emanated from that establishment.

In the Eastern Cape, the health department has advised people to avoid crowded areas after 30 students at the University of Fort Hare’s East London campus tested positive for Covid-19. The department is carrying out tracing and testing.

On Sunday the department said the students apparently contracted the virus at a tavern in a suburb of East London on October 3, and also at a bash that took place on October 10 in the same suburb.

While summer is not a favourable season for the survival of the coronavirus, people’s behaviour during this time will determine whether SA will experience a second wave of Covid-19 infections, said Abdool Karim.

Abdool Karim said the spreading of the virus in the US and Europe has shown that summer didn’t necessarily hold back the transmission of the virus as people gathered indoors where the virus thrived.

SA’s transmission levels are at endemic levels, with between two and five infections per 1,000 daily. But Abdool Karim warned that the “know-do gap” — the gap between what we know and what we do in practice — is growing rapidly and may spell disaster for the country.

“When level of complacency goes up the virus starts finding its foothold and starts spreading again,” he said.

It will take years to fix Emfuleni’s problems, says administrator

Sharpeville murder, she knew he would kill her