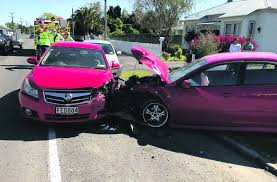 Reuben Molelekoa crashed his vehicle into a house after midnight on Wednesday, allegedly while drunk. Courtesy #DStv403

DURBAN – Reuben Molelekoa has only been in office for two weeks, but already Newcastle’s deputy mayor is in deep trouble.

Molelekoa crashed his vehicle into a house after midnight on Wednesday, allegedly while drunk.

“A vehicle, a Jeep, collided with two houses in Osizweni, it’s the neighbours, in one the houses a 31-year-old man, was injured on the head and rushed to the hospital, in ICU,” said police spokesperson Thembeka Mbele. Molelekoa is believed to be the driver of the Jeep.

He was appointed just two weeks ago.

But how could Molelekoa have lost control of the SUV in a residential area?

“They discovered that he was drunk and was driving the vehicle drunk and then a case of drunken driving as well as reckless and negligent driving causing injuries has been opened for investigation so there is a procedure that is followed in drunken driving cases,” Mbele said.

KwaZulu-Natal’s Cooperative Governance MEC Sipho Hlomuka is calling for an investigation into the incident.

However, Hlomuka also says it would be premature to jump to conclusions.