National petroleum company on the cards 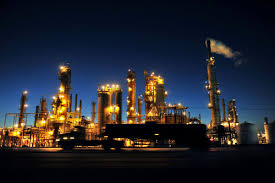 JOHANNESBURG – Cabinet has given the green light to a process to establish a single National Petroleum Company.

The entity will be made up of the three current subsidiaries of the Central Energy Fund, which includes PetroSA, the Strategic Fuel Fund and iGas.

PetroSA’s financial troubles have been in the spotlight for some time with the Auditor-General saying in his 2017/18 report that it faces the risk of not being able to continue operating in future.

Meanwhile, the Strategic Fuel Fund is in a court battle to invalidate its controversial 2015 sale of SA’s strategic oil stocks.