Middendorp at odds with Billiat over national duty 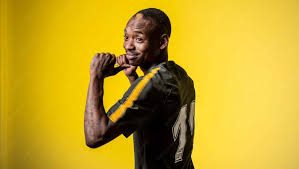 Cape Town – Kaizer Chiefs coach Ernst Middendorp has bemoaned the fact that Khama Billiat played the full 90 minutes for Zimbabwe despite being short of match fitness.

Billiat has featured just twice for Chiefs this season, having been sidelined with a knee injury sustained at the Africa Cup of Nations.

The 29-year-old was initially not included in Zimbabwe’s back-to-back qualifiers against Somalia on September 5 and 10. However, the star forward was called up after the Warriors lost the first leg 1-0.

Billiat came to the rescue for his country with a 90th-minute winner to claim a 3-1 victory in the second leg and a 3-2 aggregate win which ensured their progression to the second round of the CAF 2022 World Cup qualifiers.

The ultimate decision to make the second leg was Billiat’s himself but while Middendorp admits it was beyond his control, he was not happy with his player’s decision.

“You should talk to the player. I actually have my own idea in this direction and, ja, the player made his decision and that’s it,” Middendorp said.

“It’s not about being impressed [with his performance]. We were not able as the club to use the player for full 90 minutes at all until now.

“Now, running into [such a game] – I understand – serving his country and so on, that is why I’m saying ask the player, how is he capable three days later to do something responsible?

“I have my own idea about it, I have my own way when I’m talking about loading; what is the idea behind effective training loading and structure.

“One idea behind [this] is to keep and to get the players totally injury free, and secondly the idea is to try as much as possible to get the player to a certain competitiveness that they can contribute to a team performance. So, now the rest you can put [thought] into yourself.