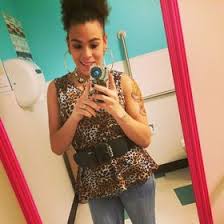 The deadly New Year’s shooting in Melville, Johannesburg, has been bad for local business, but it’s slowly getting better.

JOHANNESBURG – The deadly New Year’s shooting in Melville, Johannesburg, has been bad for local business, but it’s slowly getting better – so says the owner of Poppy’s restaurant, Juby Raja.

It was just outside her eatery that two women were killed and six other revellers wounded in a drive-by shooting.

Two months later and the gunman is still at large.

Raja says her restaurant has taken a knock since the New Year’s night shooting.

“Financially the business took a huge dip, and I think it’s affected the whole of Melville,” she said.

A corner shop owner believes some people are too afraid to visit the area now.

“We speak to people and they don’t feel safe so they avoid coming to Melville.”

Even though no one’s been arrested yet for the deadly shooting, Gauteng police commissioner Elias Mawela insists their investigation remains a top priority.

He’s calling on anyone with information to contact their nearest police station.