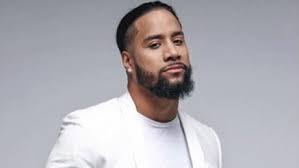 Being a WWE superstar can be a very physically demanding job because it requires your body to be in the best possible shape at every moment. The upside of being in good shape means that clothes look good on you.

WWE superstars know that they need to not only look good in the ring but also off the ring. They also know that looking good also means feeling good.

These are some of the stylish WWE male superstars:

Roman Reigns, real name Leati Joseph “Joe” Anoaʻi is part of The Anoa’i family of superstars who are known for their outrageous in the ring outfits, which date back to the 80s.

Off-screen the superstar loves his suits and trendy t-shirts which show off his huge muscles. One of his best outfits was a black vest, pants, muscle chest shirt, black belt and black wrist straps he wore after his WWE World Heavyweight Champion win in April 2016.

Year after year, The Miz real name Michale Mizanin appears in the ring in some of the best outfits. The superstar’s style is influenced by the biggest artists and actors.

The one-time WWE champion and eight-time WWE Intercontinental champion is known for his stylish coats, suits and trunks, the most classic piece of gear a superstar can wear. The Miz uses stones and colors associated with wealth on most of his outfits, such as gold and silver.

One of his memorable looks was his Summerslam 2016 entrance outfit when he wore a long black coat with gold stripes for the Intercontinental Championship Title. Off-screen the father of two loves to rock his colorful suits.

He is a huge fan of Superman and usually wears Superman coloured boots, trunks; complete with signature body paint.

Off the ring, the two-time WWE Intercontinental champion likes the colour black. He loves keeping it simple, sticking to the classic jeans, t-shirt and leather jacket look.

The superstar loves fashion so much that he launched his own clothing line called ‘Smile It’s PE&K.’ in 2018. His goal at PE&K is to provide clothes that will make you smile, whilst still looking after the planet.

The King, who is a one-time WWE United States and NXT North American champion loves to look good on and off the ring.

Trevor Mann, known by his stage name Ricochet where he performs under the SmackDown brand regularly uploads pictures of himself on Instagram in some of the hottest outfits, including urban style, street style or formal wear.

In the ring he wears his long tights complete with long black leather high mens’ boots. One of his best best outifts, which was a Halloween outfit was at Crown Jewel in October 2019 when the superstar dressed up as All Might from My Hero Academia, a Japanese superhero series.

Jimmy, real name Jonathan Fatu likes to keep his “cool” fashion sense on and off the ring. He loves to dress up in similar outfits with his brother and tag team partner, Jey Uso.

The four-time WWE SmackDown tag team champion is known in the ring for his black long tights, muscle vest and face paint, or entrance outfits which include long white or black tracksuit pants, white sneakers and black or white muscle chest shirts.

Off-screen the superstar loves to wear athleisure and smart casual looks, including designer t-shirts, pants, and blazers complete with the best looking sneakers.

Andrade, real name Manuel Alfonso Andrade Oropeza is a one-time NXT champion and current WWE United States champion who has some of the best on-screen outfits. Whether it is at SmackDown Live, NXT Takeover: New Orleans or Monday Night Raw, the superstar always shows off.

In the ring, he is all about flashy two-piece outfits and long coats which always leave the crowd in awe. Andrade loves to dress up in his long tights complete with a matching throw and black leather high mens’ boots.

For more on the article, visit iol