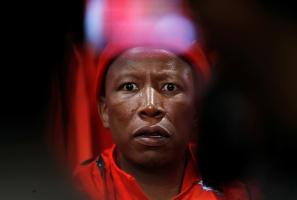 The South African-born Daily Show Host sparked anger from EFF followers on social media, after he compared Malema with US President Donald Trump.

In the video tweet, which he later deleted, Noah said, “If you think Trump is bad, wait until you see how Julius treats the press”.

He later played video clips of Malema speaking about not killing white people and commented, “He (Malema) speaks about genocide, like he’s remodeling his kitchen”.

During a media briefing in Johannesburg on Thursday, the EFF leader said Noah was free to say what he wanted.

“Let him say whatever he wants to say about me … about the EFF. It’s a free country. We still wish him well.

Malema said while he would continue to support Noah, he hoped that the comedian wasn’t pushing an agenda.