Maile: Tshwane at risk of being placed under administration 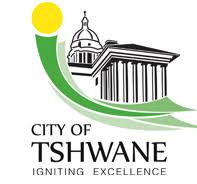 The City of Tshwane officials have been given a stern warning to get the city’s affairs in order. Courtesy #DStv403

JOHANNESBURG – City of Tshwane officials are under fire as COGTA MEC Lebogang Maile warns the city is at risk of being placed under administration.

City officials also face a motion of no confidence brought by the ANC and the EFF.

Maile says the city has failed to deliver and that his stern warning is not a political ploy to dethrone the DA.

“This has nothing to do with whether the motion of confident succeeds. In the past two years, we have been interacting with the municipality on a range of issues. There’s been an increase in irregular expenditure and service delivery has deteriorated. There are many issues we’ve been raising for a long time. It has nothing today with whether the DA is running the municipality or not.”

The City of Tshwane has been making the headlines with the ANC and EFF wanting to stop the DA from leading Tshwane.

The parties are trying to remove mayor Stevens Mokgalapa and speaker Katlego Mathebe and a host of other officials through fresh no-confidence motions.

In December, the High Court in Pretoria granted the DA an application for a review of Mokgalapa and Mathebe’s removal.

Mokgalapa had been placed on special leave over a sex scandal at work.

Watch the full interview with COGTA MEC Lebogang Maile above.