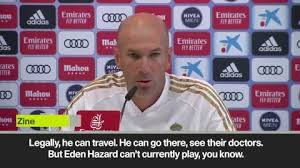 The South Africa Davis Cup tennis team plays against Bulgaria on Friday and Saturday at the Kelvin Grove Club in Cape Town.

SA last played Bulgaria in 1993 in the Euro/Africa Group II Quarter-final in Bulgaria, with South Africa winning the tie 4-1.

The early exit of South Africans at the recent US Open has meant that the KIA Davis Cup team has had loads of time to prepare for this weekend’s Europe/Africa Group II tie against Bulgaria .

Lloyd Harris, SA’s lone player in the main draw, made a first-round exit and Raven Klaasen and his Kiwi partner bombed out in the second round at Flushing Meadows, New York.

The fourth member of the side is Bloemfontein-born Philip Henning who flew in from the USA where he attends university.

“The players were working on their own even before the squad assembled, and that has helped them to acclimatise and become familiar with conditions,” said Ondruska.

“The players are from Cape Town, so they have their set-ups in place here. They will be familiar with conditions”.

The event is being livestreamed by 360sport and you are invited to watch all the action on www.streamit360.tv