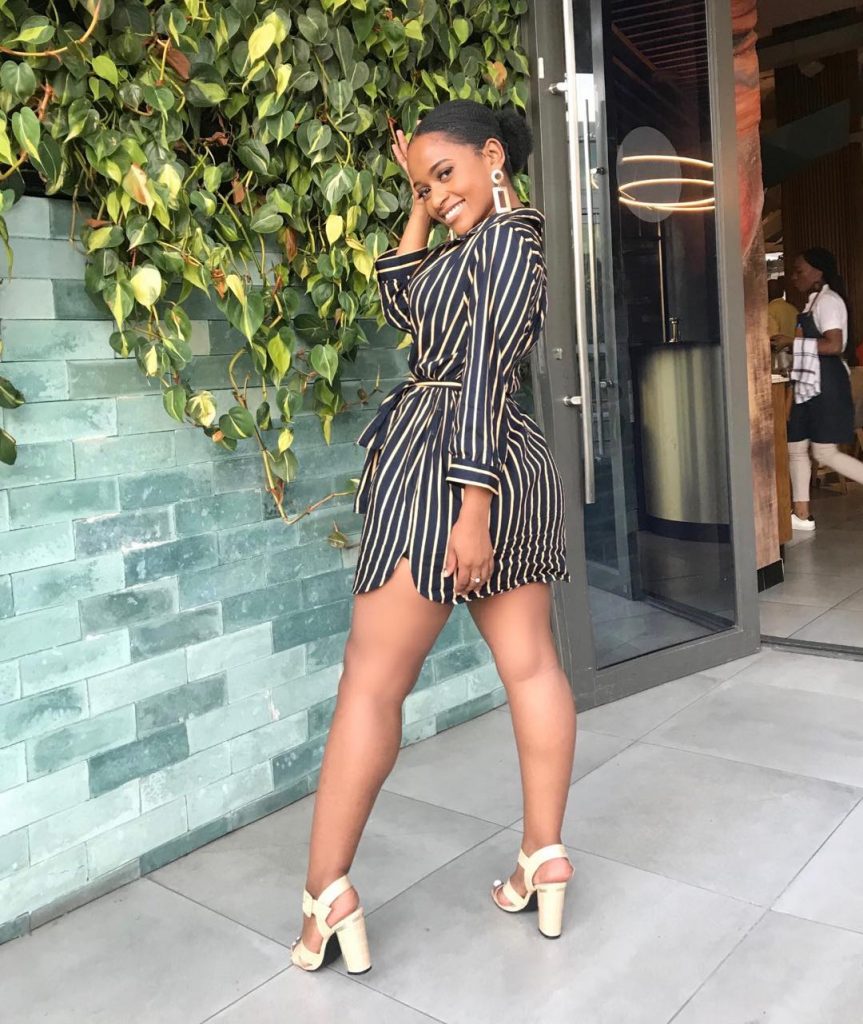 Actress, Busi Kondleka, who stars in “Generation: The Legacy” holds her character “close to her heart”.

Kondleka plays the role of feisty teenage human rights activist, Melokuhle who is trying to make an impact in the world. Her current storyline puts the spotlight on climate change.

“The role that I’m playing now is definitely one of my dream roles. Not only did I always want to act as a teenager but roles that are pro women and human rights have always been close to my heart,” said Kondleka.

Kondleka’s big break in the industry came in 2019 when she played the character of Tumi Mphela on “Isithembiso”. Prior to that she landed many roles as an extra on TV commercials and movies.

“My previous work ranges from a lead role in Locnville’s “Grape Vine” music video to an appearance in Sho Madjozi’s “Huku” music video then later on being an extra on the Netflix movie, “Kissing Booth”.

I’ve never played roles older than my age, but if an opportunity for an older role arises, I’ll grab it with both hands,” said the actress, whose role model is her mother.

“As cliché as this may sound but my mom is definitely one of my biggest role models. I’m also really just inspired by ordinary people doing extraordinary things. People who don’t let their background determine their future. The go-getters, the hustlers,” she said.

Even though Kondleka has been lucky enough to bag one of her dream roles very quickly, she fully understands that there are still challenges, like #OpenUpTheIndustry that needs attention.

“In the short while of being in the industry I’ve come to understand that sometimes one does need to be on more than just one production at a time to make a living.

“It is however unfair that qualified and talented actors get overlooked for certain roles because of a lack of social media followers.

“I also wish we didn’t have to come to big cities such as Joburg, Cape Town or Durban to make it in the arts.

“There is so much talent in smaller cities. The Department of Arts and Culture really needs to do better in investing and opening up the industry there as much as they do in the big cities,” she said.

Aside from her strong views on the entertainment industry, Kondleka said that more important challenges that face youth today are racism and gender-based violence.

“The two most major issues are gender- based violence and sadly, racism. It’s important for all of us to take a stand against these; educating each other in our day to day conversations, social media posts and traditional media such as news.

“In this day and age it’s not enough not to be an abuser or not to be racist, we all have to use our voices because keeping quiet about these issues is seen as betrayal,” Kondleka said.

On a lighter note, her five year plan is to be on both the big and small screens telling original African stories.

“I want my name to be mentioned alongside the names of giants in the acting industry. I would also like to star in an African original movie or series shot in the Eastern Cape as a rural Xhosa girl,” she said.

Her advice to upcoming talent: “Whatever you dream of, you can become. And once you know what or who you want to be, use each day as a step closer to becoming that. The biggest injustice you can do to yourself is just sitting,” she said.