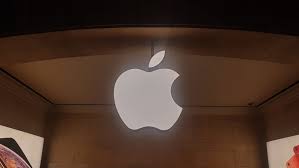 As the US election days inch closer, American tech giant Apple joined Twitter in announcing that its workers will get a paid time off on the day of the elections as they can take part at a polling place voluntarily and also cast their vote.

Apple Inc’s US retail employees are said to get four hours of time off on November 3, to vote or volunteer. The voting holiday policy will also apply to its hourly workers, this is according to Bloomberg News.

“For retail team members and hourly workers across the company, if you’re scheduled to work this Election Day, we’ll be providing up to four hours of paid time off if you need it to get to the polls,” Deirdre O’Brien, senior vice president of retail and people at Apple, stated in an internal email acquired by Bloomberg News.

“If they choose, our teams can also use this time to volunteer as an election worker at one of your local polling stations,” O’Brien further stated in the email.

The news surfaced after almost 400 other companies joined a nonpartisan coalition called Time To Vote to encourage employees to vote by giving paid time off on Election Day, including Twitter and Uber. Apple did not appear on the list of affiliated companies, according to the website.

Twitter which also announced they’d give employees the day off to vote is said to also give its employees around the world a paid time off to vote in their respective national elections.