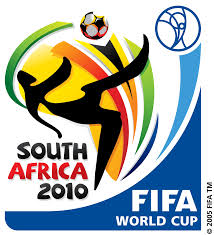 SEDIBENG.- Two thigs come to my mind as the country celebrates 10 years anniversary of hosting a successful FIFA 2010 World Cup, its slogan,  ‘Feel It, It Is Here’ and the World Cup 2010 mascot, Zakumi.

We were part of this legacy when South Africa won a bid to be the first African continent to host the biggest showpiece in the world.On the announcement day, at the FIFA Headquaters in Zurich,  Mooivaal Media personnel joined millions to watch this historical moment. During the opening match when Bafana Bafana played against Mexico at the FNB Stadium it was hugs and kisses all over when Simphiwe Tshabalala scored the first 2010 World Cup goal. The whole country went crazy, singing Shosholoza.

Ironically, the game ended a 1-1 stalemate but this didn’t spoil the spirit.

Looking back at our newspaper’s front and back pages, memories sneak out of my eyes as tears and roll down my cheeks.

MooiVaal Media has all the reasons to be proud for the role it played to the success of the 2010 World Cup in Sedibeng (Vaal).